This is the second story from the short story collection ‘Sacked! Folk Tales You Can Carry Around’ a book by Deepa Agarwal.

This is story is about a talking parrot and a flying horse. The main characters are:

One day when the fowler and his wife were starving with hunger, they went to catch a bird and make their food with the first bird they caught.

Soon the caught a parrot. When they went near, the parrot started to talk. It told them to bring the parrot to the king and also it told that it was worth for ten thousands…..

Hearing that they brought to the king and the young price loved it! Soon, the king praised the fowler fifty thousand coins.

One day when the king and the young price went out for hunting, the subject tried to finish the parrot off. However the parrot managed to escape. But the king found the parrot soon. When he enquired the parrot, the parrot told the story and told the king to forgive the subjects. The king did as it said.

The parrot told a wisest princess lived across 7 seas and 13 rivers. And the parrot told that they need a flying horse will take you to the kingdom.

Will they find the flying horse? Will they go to the kingdom and visit the princess who live 7 seas and 13 rivers across? How?

The author adopts a descriptive style of writing.

My favorite character was the talking parrot as it was more intelligent than others.

The scene which caught my mind was the parrot’s escape.

This story was ‘oK’. Because it did not have a great reason for many incidents.

I noticed the scene when the parrot escaped.

I wonder that I could be the talking parrot

One thought on “The Talking Parrot And The Flying Horse” 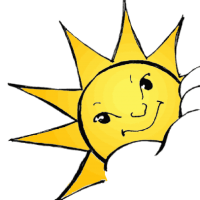