I’m going to write about a story on Boyz Rule series. 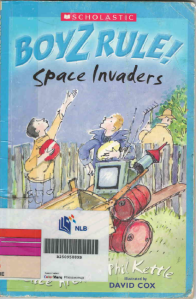 This is about Space Invaders. This is an interesting and hilarious story. The main charterers are Con, Josh and Mr. Grumbleguts. David Cox illustrated the pictures.

I love that book because every page is humourous. I love two comedy seanes in this story.

1. Con told Josh “We can use the orange fruit as the Bomb. We will throw the bomb on the aliens head and they will blast Off !!”

2. Con told Josh, “We can park the Space Ship on top of the houses.”

Con was so childish. He made me laugh often.

There are 5 Chapter In the Story.

The Chapter name’s are,

I borrowed this book from Serangoon Public library. 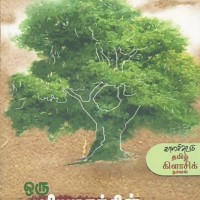